My Selfishness Knows No Bounds.....

Do you ever feel like nobody really cares? Like your friends and family have given up on you because chronic illness has "changed" you and you can't be the happy-go-lucky, fun person that you used to be? Have you ever noticed that certain people will post a complaint or issue on social media, even the most trivial of things, and they get all the support and attention in the world,  BUT, when YOU post something you're lucky to get a *HUGS* or a  :-( and most of those come from people you barely know?

Make no mistake, I don't want to make anyone feel guilty or point fingers at anyone in particular. This isn't about any one person, this isn't even just about me. I have spent many years on various social media sites and have observed this inequality in support for many people during that time. That said, I can only truthfully speak for myself and I just need to get this out there.....bring on the selfish commentary:

Almost three years ago I got really sick. I literally almost died! I still suffer everyday and due to more recent diagnosis' I will continue to suffer for the rest of my life, but when this all started I had multiple hospital stays including an eight day stay in the ICU where I was in critical condition for a decent chunk of it, was not allowed to eat or drink anything for 6 days, had 6+  procedures and surgeries and was not allowed to move AT ALL without a nurses help. It was hands down the most terrifying week of my entire life (so far) and I thank God everyday that I have my husband by my side through all of it and that I am still alive!  But, when it all went down I felt completely alone, and if I am being completely honest, forgotten! I received a few well wishing Facebook messages, a couple of phone calls and very few visitors. The visitors I did have were a couple of my very best friends and some very special people that I haven't known for long but have become very close friends in a short amount of time. Part of that was probably my own fault, I tend to downplay things and try to avoid excess attention because I HATE pity and don't want to make people uncomfortable or inconvenienced! It just seems like when some of the friends have a crisis or end up in the hospital, EVERYONE rallies around them and will drop everything to be there for them! They jump on Facebook to "rally the troops", they start prayer chains, they send texts to everyone they know and then some.....which is not a bad thing by any means.......we NEED to be there for each other, we NEED to show solidarity and support! I just wish that I could have experienced that kind of support when I needed it the most!

See what I mean about selfish? I am such a terrible person, but I can't help how I feel. After many years of observation I feel like there are certain individuals or situations that are guaranteed the attention of our group of friends and family, no matter what, but what about when I was (and still am...) going through my own personal Hell? I was scared to death, I felt like my breaths were numbered (which for a day they almost were...I was told by my surgeon that there was a touch-and-go day where I had a 15% chance of survival, but he didn't want to tell Brian or I at the time because he felt it would've done more damage than good.), I prayed everyday that I wasn't ready to leave this world and for God to give me just a little more time! Most days I spent alone because, even though he fought me on it every step of the way, I forced Brian to go home, sleep, take care of the kids and the dogs and go to work. I never told him, but every time he walked out of that hospital room door I was terrified that it would be the last time I would see him. When he was there I held his hand, memorized the feel of his skin, his face, his smell...everything about him, just in case! I have never felt fear like that in my life, but I hid it from everyone! I planted a smile on my face and kept everything as light as possible for everyone else's benefit. I got really good a faking my emotions...no one would have ever known how scared I really was.....most people still don't know!

I have watched as others have gone through crisis after crisis, some of their own making, and yet everyone still rallies around them like they are the only person in the world. Then when someone like me NEEDS a little encouragement or sympathy they are virtually ignored! I understand that people have lives and obligations that take up most of their time but when you see a friend getting love and support from people that you have called "friends" for the better part of 20 years and then you need that same love and support and those "friends" are nowhere to be found.... it becomes saddening and maddening at the same time!

I do have a few friends and family that have stuck with me through all of this and I love them for it! I want to give a special shout-out to my hubby, my kids, my Grandma, my Wifey and my Sister....without you guys I wouldn't have survived the last three years and I wouldn't be able to survive my now uncertain future!! I love you forever and I will always be here for you as you have been here for me!

I want to reiterate that I did not write this to make ANYONE feel guilty! I just needed to get these thoughts and feelings out of my head.....However.......... 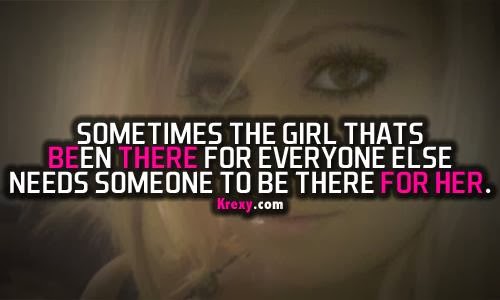 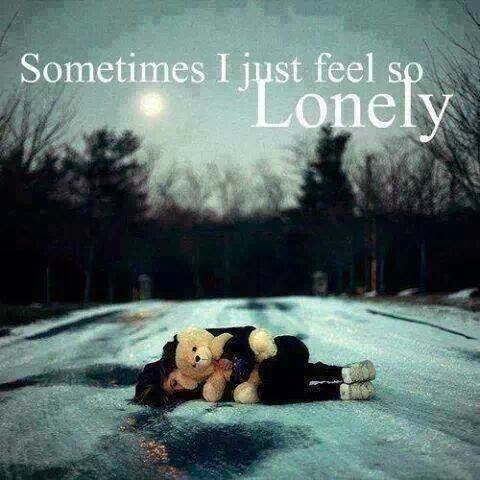 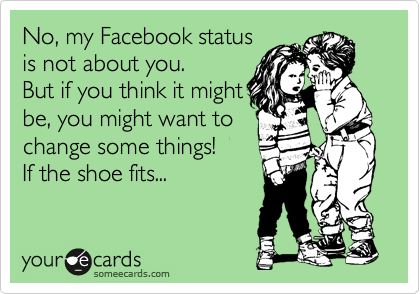